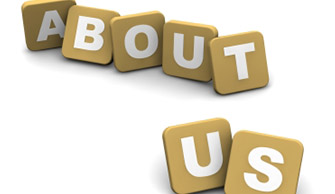 Welcome to GUJCOMASOL The federation undertakes many types of activities concerned with agriculture field. Being co-operative, Federation has tendency to weight more on services than profit.

From 1st May 1961 GUJCOMASOL began distribution of fertilizers. With the inception of GSFC in 1976 was appointed as it's principal distributors. GUJCOMASOL is principal distributor for GSFC, GNFC, IFFCO, KRIBHCO, INDIAN POTASH also. The federation adopted the policy of distribution of fertilizers through co-operatives only and Government of Gujarat had accepted this policy. In 1961 the federation was appointed as sole distribution for pool fertilizers. The distribution channel is exclusively through co-operative societies. Federation has thus a pyramid type of set up with primary societies at village level which forms the broad base which includes multipurpose and service cooperative societies.

Since 1967 the federation is engaged in production of seeds of various grain, pulses, cotton and castor oil seeds. Sales network consist of more than 200 cooperatives as whole sale agents and so the seeds are available at all the centres in the state at the same rate in proper time.

The processing of seeds generally is being done at federation's NAROL and KALOL complexes.

The federation also produces bio-fertilizers besides seed. For the development of crop, nitrogen is an essential element but crop can not utilise it directly from atmosphere so the bacteria live in land are used for this purpose. Bio-fertilizer is a culture containing such micro bacteria. The federation has set up a laboratory in it's Kankaria estate.

The Federation is also engaged in procesing of agricultural produces at three processing complexes at Amreli, Mahesana and Unjha. At Amreli groundnut oil, at Mahesana castorseed and at Unjha rapeseed processing is done. Besides Federation has a rice mill and a pulse mill at Narol.

In 1968-69 the federation had began PESTICIDES formulation at it's NAROL complex with an annual production of 4000 mt of dust and 400 kilo letre capacity.